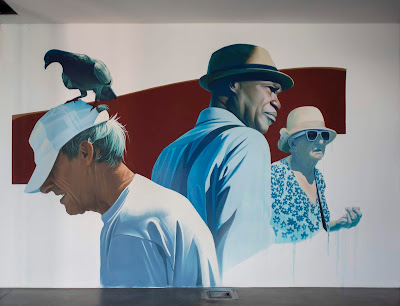 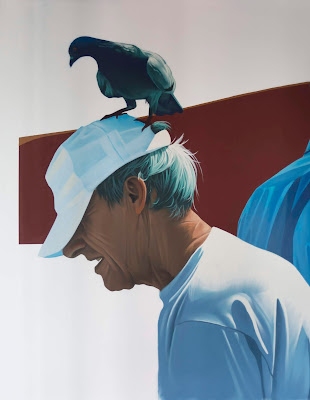 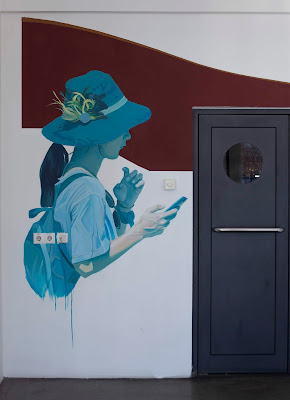 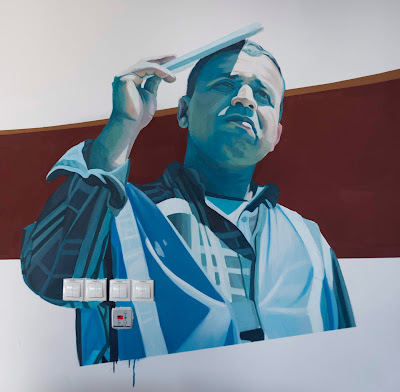 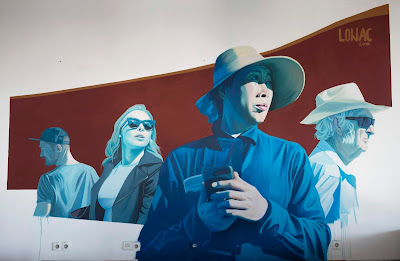 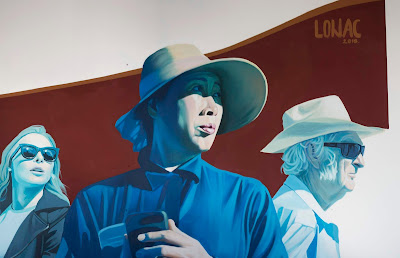 Mural "Hat Wearers", and the whole process of making it, are part of the overall project in MSU's Quest for Reality: Jadranka Fatur and hyperreality .

I wanted to create a collage of scenes by usig photos made by me and my brother during our travels in the last year (or so). First I started with the main wall and when it was almost finished I decided to expand the scene on the rest of the walls.
One of the main things connecting all of the characters is the direction of the light, and of course, the hats.
Three main characters are painted mostly with spray paint, while the rest of the mural is painted with brushes and acrylic. This was a great opportunity for me to try something different. I've never done so many characters in one piece and also haven't tried this color pallete before.

For the first time, I filmed the whole process and the footage was displayed on the media facade of the museum. Video will be uploaded shortly 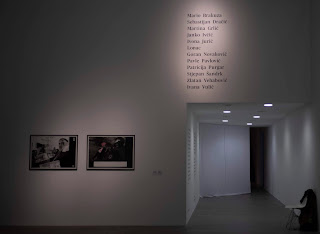 While painting this mural, I was parallely painting something new with my friends Chez 186 and Sarme. More about that, as soon as I finish my part of the wall...